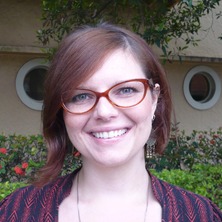 Dr. Sarah Teitt is the Deputy Director of the Asia Pacific Centre for the Responsibility to Protect in the School of Political Science and International Studies, University of Queensland. The Asia Pacific Centre for R2P is a joint initiative of the University of Queensland and the Australian Department of Foreign Affairs and Trade to deepen knowledge and advance policy on R2P and mass atrocities prevention in the Asia Pacific region. Sarah leads the Centre's research and engagement in Northeast Asia, as well as its Gender and Atrocities Prevention program. Her research focuses on China's R2P policy and diplomacy, and on the prevention of widespread and systematic sexual and gender based violence in Southeast Asia.

Sarah's research is oriented toward understanding and informing atrocities prevention and human protection policy in the Asia Pacific. Sarah's near decade of research-driven policy engagement in China led to her role in establishing in 2014 the Annual Australia-China Dialogue on R2P, a forum for Chinese and Australian officials and experts to exchange ideas and deepen mutual understanding on measures to protect populations from atrocity crimes. In 2015, Sarah led the design and delivery of 'Toward a Culture of Prevention: Advancing Women, Peace and Security in Southeast Asia', an Australia Awards fellowship program for representatives of the armed forces, government, civil society and academia of Cambodia, the Philippines and Indonesia. In early 2017, she designed and facilitated a fellowship at the University of Queensland for the ASEAN Commission on the Promotion and Protection of the Rights of Women and Children on advancing gender, peace and security in the ASEAN region.

Sarah was a founding member of the APR2P Centre’s management team in 2008. From 2009-mid 2012 she served as the Centre’s Outreach Director, and was responsible for managing the Centre's regional partnerships, as well as developing and delivering training and education programs on mass atrocities prevention for government, civil society and academic institutions in the Asia Pacific region. She has held a visiting research fellowship at the China Institute of International Studies, the think tank of China's Ministry of Foreign Affairs, and serves as an academic advisor to the Research Centre of the United Nations and International Organizations at Beijing Foreign Studies University.

'The Responsibility to Protect and China's U.N. Peacekeeping Policy: Integrating Atrocity Prevention', The Journal of International Studies, No. 4 (2017): 68-84. (in Chinese)