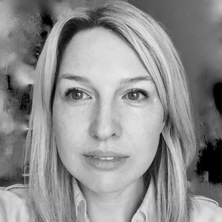 More recently, Melinda's research explores innovations in human rights and international criminal justice, particulary the actors, institutions and means that have evolved to close the accountability gap for war crimes, crimes againt humanity and genocide. Her research also examines the interaction between foreign policy and international law, as well as the interplay between ideas and practice, to solve the problem of defacto impunity.

Prior to UQ, Melinda was Visiting Research Fellow at the Centre for Global Constitutionalism, at the Wissenschaftszentrum Berlin für Sozialforschung, WZB (Social Science Centre Berlin); and Lecturer in the Department of Government and International Relations at The University of Sydney.

In recognition of her work in international law and justice, Melinda received the Berlin Fellowship award.

Melinda's current examines how ‘private’ non-state actors and state legal ‘officials’ in a third state act extend the system of international humanitarian and criminal law. It draws on notions of Communities of Practice, and illuminates the particular and unique nature of international criminal law, in relation to customary international law.

Melinda is also to develop a road map for extending the system of human rights and criminal law in the Asia-Pacific region.

Melinda's first book, titled ‘The Political Life of Mary Kaldor: Ideas and Action in International Relations’ (Lynne Rienner Publishing, 2017), explored the interation between theory and practice, and was the first intellectual and political study of Mary Kaldor. The book explored Kaldor's contributions to the concept of war, international relations and international law.

More recently, Melinda provided comment for media on SBS World News in 2019 on Iran and US relations.

Prior to her academic career, Melinda worked in projects, business operations, data governance, policy and strategy for groups such as JP Morgan, Deutsche Bank, and Bank of New York (London); MLC and Genworth (Sydney); and NAB (Melbourne).