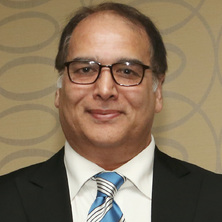 His work has been internationally recognised by many awards including Distinguished Fellow of Society for Vascular Surgery, Distinguished Fellow of American Venous Forum, Honorary Member of European Venous Forum, Asterios Katsamouris Lecture from the European Society for Cardiovascular Surgery. He was inducted into Sigma Xi Honors Research Society in 2017.