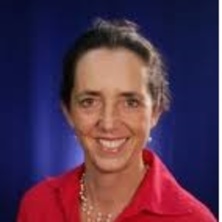 School of Languages and Cultures
Faculty of Humanities and Social Sciences
a.cook@uq.edu.au
+61 7 336 53710

Angela Cook teaches Mandarin Chinese language and translation subjects in the School of Languages and Cultures. In addition to a PhD in Chinese linguistics, she has several translating qualifications. Angela spent several years living, working and travelling in mainland China and Taiwan, where she was struck by the differences in language use on many levels, including lexical, phonological and grammatical differences, and developed a particular interest in contact-induced morpho-syntactic language change. She has published articles on lexical change and the use of grammatical markers in Modern Standard Chinese and is currently investigating (changes in) the use of a number of grammatical structures, focussing both on how these structures behave in spontaneous spoken interactions and on how they are used in written translations. In her spare time she plays the bassoon in Brisbane Symphony Orchestra.