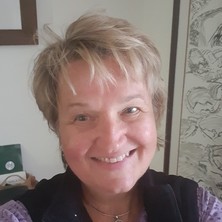 As a Professorial Research Fellow in QAAFI’s Centre for Crop Science, Professor Koltunow leads research to apply her plant reproductive biology expertise to cereal and pulse crops, specifically aiming at increasing the efficiency of plant breeding programs with a focus on delivering genetic gains to resource-poor farmers.

During her career at CSIRO, she has discovered mechanisms controlling seedless fruit formation and has generated seedless fruit in horticultural crops (citrus and tomato). She is also recognized for her pioneering work in apomixis and using a model species Hieracium in addition to work in the model Arabidopsis, she has identified similarities and differences in the mechanisms controlling apomixis and sexual seed formation.

The B&MGF Capturing Heterosis project she led involved seven international partner laboratories. The project aimed to develop self-reproducing sorghum and cowpea hybrids where high yielding seeds can be saved by smallholder farmers in sub-Saharan Africa without loss of yield or quality. As part of this project her laboratory helped establish cowpea genomics, transcriptomics and transformation to support the project goal of developing self-reproducing cowpea prototypes.

Whilst maintaining an international profile in plant reproduction research, Professor Koltunow has also held senior leadership roles at CSIRO (including Program leader and Deputy Chief). She served on the Premier’s science council in South Australia, ARC College of Experts, as President and Past President of the International Association of Plant Reproduction Research and on various scientific boards including a CRC and two New Zealand Crown Research Institutes. She has been involved in the organization of 9 international conferences, works on advisory panels, editorial boards and contributes to the work of the Australian Academy of Science and the Australian Technical Academy of Science.