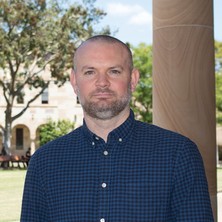 Glenn is a lecturer in political science and for the period 2019-2021 an Australian Research Council Discovery Early Career Researcher Award (DECRA) Fellow. His research explores questions about political parties, elections, campaigning, populism and the radical right. These interests span both Australian and comparative politics. He has published widely on these topics and his work has appeared in journals such as Party Politics, the British Journal of Politics and International Relations, Parliamentary Affairs and the Australian Journal of Political Science. Underpinning much of his research is an attempt to understand what is going on beneath the surface of organisations such as political parties, including how they organise themselves and the ways they try to mobilise and persuade voters. In pursuing these questions, Glenn has completed 100s of interviews with party officials, candidates, members and supporters across almost every party in the Australian party system.

His DECRA project, titled, 'Data, Digital and Field: Political Parties and 21st Century Campaigning', investigates how political parties in parliamentary democracies are responding to the digital and field revolutions in campaigning. The importance political parties are attaching to these modes of campaigning, as well as the increased use of data, poses challenges for electoral regulators as well as for scholars of political parties trying to understand party organisation. He is working with a range of colleagues in Australia as well as internationally to explore these developments. An explanation of this project and his other research projects can be found on his personal website.

Glenn has provided commentary to and written for a range of media outlets including The Age, Sydney Morning Herald, the Guardian and the ABC.