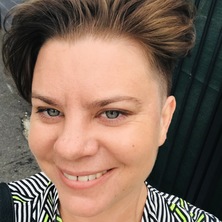 School of Communication and Arts
Faculty of Humanities and Social Sciences
a.barikin@uq.edu.au
+61 7 336 51437

I am a Senior Lecturer in Art History in the School of Communication and Arts. My research often focusses on the relationship between contemporary art and time, working across the areas of philosophy, time studies, art history and critical theory. I completed my art history PhD at the University of Melbourne. Prior to joining UQ, I was ARC Senior Research Associate at the University of Melbourne, and have also worked as a curator and editor with various Australian arts institutions.

My books include the monograph Parallel Presents: The Art of Pierre Huyghe (MIT Press, 2012, winner of AAANZ Best Book Prize 2013); the co-edited anthology and now low-key cult classic Making Worlds: Art and Science Fiction (Surpllus, 2015); Pierre Huyghe: TarraWarra International 2015 (catalogue for the first major solo exhibition of Huyghe's work in Australia); Tom Nicholson: Lines Towards Another (IMA and Sternberg Press, 2018); and Robert Smithson: Time Crystals (Monash University Publishing, 2018), the latter published to accompany a major exhibition of works by Robert Smithson that I co-curated with Chris McAuliffe for presentation at the UQ Art Museum and Monash University Museum of Art. My research has been supported by organisations including the Australia Council for the Arts, Arts Victoria, the Terra Foundation for American Art, City of Melbourne, the Australia Korea Foundation, the Australia Research Council, and the Gordon Darling Foundation, and I also publish widely in arts magazines and exhibition catalogues.

I was the recipient of a 2013 Art Gallery of New South Wales residential fellowship at the Cité internationale des arts, Paris, and have presented invited talks on my research at numerous institutions including for the Biennale of Sydney, Mildura Palimpsest Biennale, Wellington City Gallery New Zealand, Marian Goodman Gallery New York, the Australian Center for the Moving Image, Institute of Modern Art Brisbane, Queensland Art Gallery / Gallery of Modern Art Brisbane, the National Gallery of Australia, the National Gallery of Victoria, Gertrude Contemporary, Auckland University of Technology, Institute for Visual Research University of Oxford, Artspace Sydney, and Helsinki Academy of Fine Arts, Finland. My current work includes research into the histories of queer art in Australia.

Currently available to supervise art history MPhil and PhD projects: I particularly welcome applications from researchers working in the areas of contemporary art, queer theory, feminisms, geophilosophy, science fiction, Australian art, or time studies (or all of the above!).