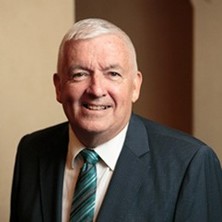 School of Business
Faculty of Business, Economics and Law
r.mulcahy@uq.edu.au

A CEO and former Parliamentarian who has held five Chief Executive Officer appointments and has three decades of experience in industry bodies.

Elected to the ACT Legislative Assembly (2004 – 2008) and served, in addition to other positions, as Deputy Opposition Leader, Shadow Treasurer and was Chair of the Standing Committee on Public Accounts.

Numerous Board and Advisory Committee appointments, including as Trustee of HOST PLUS Superannuation, Commonwealth Ministerial Advisory Committees on a range of matters including Horticulture, Tourism, Alcohol, and Gambling, and a number of university committees.