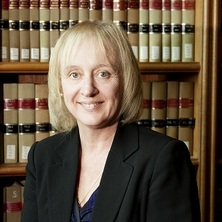 At UQ, she sits on the senior management group, senior promotions committee and Academic Board, among other key responsibilities.

Professor Wright brings to the position broad and extensive experience in senior academic roles, most recently as Deputy Vice-Chancellor Academic and (later) Acting Vice Chancellor at the University of South Australia.

At national level, Professor Wright chaired the Australian Universities’ Quality Assurance Agency and oversaw the transfer of some its roles to TEQSA. She is a Ministerial appointee to the Higher Education Standards Panel which makes recommendations to the Minister on new or amended standards for Higher Education.

In both most recent roles in South Australia and Sussex, she successfully led the drive to improve teaching and learning indicators, especially student satisfaction.

In all, she has held teaching and research positions at numerous UK and Australian Universities, including Melbourne, St Andrews, Ulster, London and Sussex. She has taught extensively at undergraduate and postgraduate levels and has published books and articles on various aspects of state and sub-state security.