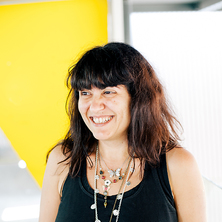 School of Chemistry and Molecular Biosciences
Faculty of Science
e.kartsonaki@uq.edu.au
+61 7 336 53615

I graduated with a BSc in chemistry from the University of Crete (Greece) in 2000. The following year I attended a MSc in Archaeomaterials at the University of Sheffield, from where I graduated in 2001. Since 2001 until 2008 I worked as an archaeological chemist at the University of Sheffield, the British School at Athens (Athens, Greece), and the Institute of Electronic Structure and Lasers (Heraklion, Crete). In 2012 I completed my PhD in archaeological chemistry, where I used 2D NMR techniques to analyse organic materials in archaeological and historical objects. After I moved to Australia I completed a Graduate Diploma in Education. Since 2015 I have worked at the School of Chemistry and Molecular Biosciences as a teaching focused academic.