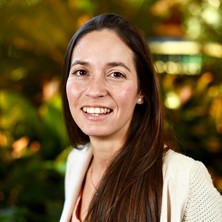 The University of Queensland Diamantina Institute
Faculty of Medicine
j.gonzalezcruz@uq.edu.au

I am a young immunologist with strong background in molecular biology techniques, including transcriptional profiling and vaccine development (Cruz JL et al., J Virol, 2013; Cruz JL et al., PloS Pathogens, 2011). I have been developing my professional, research and project management skills, as well as contributing intellectually and technically on several diverse academic and industry-based projects, since I began my PhD.

In 2013, I was awarded a 2-year fellowship from the Bayer-Humboldt Foundation to work as a researcher at the Heinrich Pette-Institute of Experimental Virology (HPI), Germany. I focused on mechanisms that govern the initiation of the adaptive immune response at the natural portal of entry of human viruses, such as the respiratory tract (influenza A virus, IAV) and the skin surface (Rift Valley Fever virus, RVFV), work that led to two publications, including a J. Immunology and one as a first author in the European J. of Immunology. ([…] Cruz JL, et al.,J Immunol, 2014; Cruz et al., Europ J Immunol, 2016).

In 2019, I was awarded with a 3-year Garnet Passe and Rodney Williams Memorial Foundation co-joint grant with Prof. Christopher Perry at Princess Alexandra hospital. Currently, under the supervision of Professor Ian Frazer, I have established a strong collaboration with the Technological University of Denmark to develop a pipeline to de-risk the design and manufacture of personalized cancer immunotherapies. Our group will be the first in Australia to apply large-scale DNA barcode-labelled multimers and single cell sequencing to identify anti-tumour T-cells in patients with HPV16+/- Oropharyngeal Squamous Cell carcinoma (OPSCC), and test the efficacy of novel patient-specific vaccines containing tumour antigens known to mount an anti-tumour response.

In the last years, I have expanded my field of expertise to innate and adaptive/T-cell immunology, animal models to test immunotherapies and Head and Neck cancers, including HPV-related tumours, Squamous Cell Carcinoma (SCC), particularly Oropharyngeal SCC (Cruz JL et al., Exp Dermatol, 2016; Cruz et al., Oncotarget, 2018). My recent work has led to a ground-breaking method based on flow-activated-cytometry sorting for the purification and characterization of a T-cell subset that regulates cytotoxic T-cell in the skin (Cruz JL et al., J Leukocyte Biology, 2017).

I am an active member of the scientific community at the University of Queensland participating as member of several committees, such as SBMS honours student, Educational training and UQDI BRF committees, and I externally contribute by acting as an expert in the evaluation of Spanish research projects.

I collaborate with Australian Cervical Cancer Foundation (ACCF) acting as an awareness ambassador and I volunteer for Precious Paws Animal Rescue (PPAR) providing a home to dogs in need until they find their FURever family.