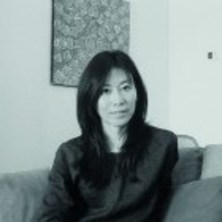 School of Languages and Cultures
Faculty of Humanities and Social Sciences
n.akagawa@uq.edu.au
+61 7 336 56295

Natsuko Akagawa has a PhD and Masters in Cultural Heritage and Museum Studies, Master of Business Administration, Graduate Diploma of Education, Diploma of Portuguese Language and Culture and Bachelor of Arts. She has also studied and practiced the Japanese arts of tea ceremony, flower arrangement, traditional martial arts (aikijujutsu) and traditional fabric dying techniques in Japan. She has published widely on heritage, Japan and Southeast Asia.

She is also the Series Editor for Routledge Research on Museums and Heritage in Asia (Routledge) and the Member of the Editorial Board for International Journal of Heritage Studies (peer-reviewed leading international journal on heritage studies) and History of Museum Journal (the only international, peer-reviewed journal devoted to the history of museums).

Natsuko’s research focuses on heritage as it applies to people, communities, nations and global interactions. She is looking at how ‘heritage’ is contested and negotiated on national, international, multicultural and colonial and post-colonial context. It is interested in the way heritage assembles histories, memories and identities and is articulated in policies, practices and imaginaries.

Her book, Heritage conservation in Japan’s cultural diplomacy: Heritage, national identity and national interest (Routledge Contemporary Japanese Series 2014), which establishes a pioneering theoretical nexus between the politics of cultural diplomacy, heritage conservation, and national identity and interest, has become a focus for scholars in a range of disciplines

Natsuko is a co-editor of Intangible Heritage (Routledge 2009), internationally regarded as one of the first comprehensive texts on this topic and used widely as a prescribed reading material globaly. Her new book Safeguarding Intangible Heritage (Routledge 2019) with her co-editor will add another dimension to international heritage discourse. In her research in this area, she has been tracing the recent development of the concept of intangible heritage in heritage discourse and practice. In particular, this has examined the influence of Japanese heritage practice in recognising the importance of embodied skill in relation to material or tangible heritage. More generally she is interested in how this new understanding of heritage has influenced community practice, national policy-making and global heritage discourse.

She was also Associate Investigator ARC centre of Excellence for the History of Emotions. Her particular interest in relation to the history of emotions involves the way emotions mediated the cultural encounter of East and West at both personal and political levels in the early modern period. She is interested in the way such encounters played a role in shaping perceptions and the performance of heritage in both East and West, through engagement with both tangible and intangible elements such as meanings, memories and identity.

Other areas of her current research and publications have involved specific studies on the nature of colonial and post-colonial practice of heritage in several East and Southeast Asian nations, and the political use of heritage in framing contemporary national identities in the region, with particular reference to Thailand, Vietnam and Indonesia. Following an earlier article related to Japan’s occupation of Indonesia between 1942 and 1945, Natsuko is researching the legacy of Japanese naval administration in East Indonesia as part of a co-authored book on the history of Central Sulawesi (Indonesia). She is also developing these various studies for a book on Japan’s civil and cultural administration of Indonesia, Southeast Asia and the Pacific and its legacies.

- Development of heritage policy and practice in Japan and Asia

Expert Member of International Council on Monuments and Sites (ICOMOS)

Australian Network for Japanese as Community Language (Representitive for Queensland)

Akagawa, N. 2020. ‘Heritage and Pandemics: Impact on Living Heritage’, HASS COVID 19 Forum: What can the humanities tell us about COVID-19?, The University of Queensland, 24 July 2020. Virtual.