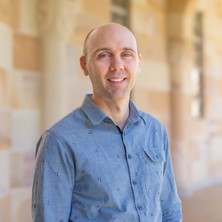 Dr David Smerdon is a Lecturer in the School of Economics. He primarily works in behavioral and development economics. His research involves theory and modelling, experiments in the lab and field, and microeconometric analysis in order to investigate topics at the intersection of these fields.

David earned his PhD from the Tinbergen Institute and the University of Amsterdam (UvA) as a General Sir John Monash scholar, and afterwards worked as a PODER fellow at Bocconi University in Milan. Prior to his academic career, David spent three years working for the Australian Department of Treasury as a policy analyst. Aside from economics, David is also a chess Grandmaster and has represented Australia at seven chess Olympiads.

David's research motivation is focussed on policy-relevant issues, particularly those where behavioural economics can be applied to social policy. Examples of recent projects include: