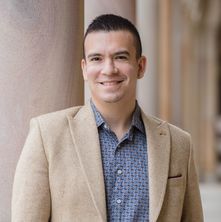 School of Languages and Cultures
Faculty of Humanities and Social Sciences
l.rojasberscia@uq.edu.au
+61 7 336 58874

Dr Luis Miguel Rojas Berscia was born in Lima (Peru) in 1991. He studied Hispanic linguistics at the Pontificia Universidad Católica in Peru. He then moved to The Netherlands where his MA(Hons) [2014] and PhD [2019] degrees were conferred. He is particularly interested in the factors underlying the origins of language diversification in the Americas and Australia, from a contact linguistics and a modular point of view.

For the past seven years he has been working on Shawi, a Kawapanan language spoken by the swidden agriculturalist Shawi in Peruvian northwestern Amazonia. His work has been fieldwork-based and has since focused on the study of causation, ergativity, and sociolinguistic variation. He has also conducted fieldwork with other related and adjacent Amazonian languages, such as Shiwilu (Kawapanan), Muniche (isolate), and Upper Amazonian Quechua (as spoken in Lamas, Munichis, Charapillo, Ungurahui and Santa Cruz del Huallaga). He has also written a heritage reference grammar of Selk´nam, a Chonan language once spoken in the island of Tierra del Fuego (Argentina and Chile).

To date, he is focused on the study of Kukatja, a Wati (Pama-Nyungan) language spoken in Wirrimanu (Balgo), in the south easternmost past of the Kimberley region in Western Australia. He is particularly interested in the historical coming about of this contact language, as well as on the ongoing contact-induced language change due to the inminent arrival of Kriol and English.