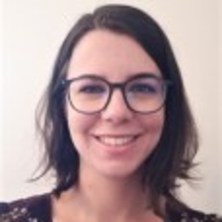 Dr Amelia Radke is a postdoctoral research fellow at the University of Queensland. Amelia joined the Centre for Policy Futures in 2019 as part of the CSIRO-UQ Alliance to investigate the intersection of human rights and innovative technologies in healthcare services and the criminal justice system.

Amelia attained a Bachelor of Arts with First Class Honours (anthropology) in 2013, where she was the recipient of the Bruce Rigsby Prize in Anthropology; and awarded her PhD in 2018 from the School of Social Science and TC Beirne School of Law at the University of Queensland. Amelia’s PhD employed an ethnographic approach to explore the role of Aboriginal and Torres Strait Islander Community Justice Groups in two southeast Queensland Indigenous sentencing courts or Murri Courts. This study informs her emerging research regarding the impact of biometric identification technologies and eHealth initiatives for First Nations peoples in settler-colonial states.

She is a member of the UQ Indigenous People and the Law Research Cluster; and is the early career researcher representative for the Law, Ethnography and Society Collaborative Research Network, which is part of the Law and Society Association. In addition to her research in academia, she was also the chief investigator for a community-based criminal law initiative called ‘Transport2Court’ with Bryony Walters and the Queensland Council of Social Services.