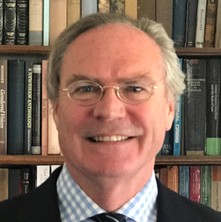 School of Law
Faculty of Business, Economics and Law
paul.taylor@uq.edu.au

Dr Paul Taylor is a Senior Research Fellow at The University of Queensland. His principal academic interests are international human rights law and conflict of laws.

He has represented Australia at numerous meetings of experts at: The Hague Conference on Private International Law, The Netherlands (on issues affecting cross-border litigation; and was involved in the final stages of negotiating the Convention on Choice of Court Agreements); the OECD Competition Committee, Paris; and at bilateral and regional free trade agreement negotiations. He has also made submissions to and given evidence at various government inquiries.

Dr Taylor has held Visiting Fellowships at Wolfson College, Cambridge and at the Centre for International and Public Law, College of Law, Australian National University. He is an Adjunct Professor at the School of Law, The University of Notre Dame Australia.

He is currently completing a commentary on the International Covenant on Civil and Political Rights to be published by Cambridge University Press in early 2020.