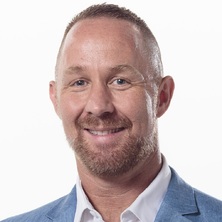 School of Pharmacy
Faculty of Health and Behavioural Sciences
nick.ward@uq.edu.au

Nick has worked in the pharmaceutical industry since 2009 following studies in Chemistry at the Queensland University of Technology. In his current roles as Co-Director at Pharma To Market, Nick works with clients locally and around the globe to bring pharmaceutical and biological products to the Australian and New Zealand markets.

Nick’s career began working in the laboratories of a pharmaceutical company where he held a variety including team leader of the company’s R&D stability team where he prepared stability protocols for multiple regions and was responsible for reviewing experimental stability data, trend analysis and generation of stability trend reports.

In his next role as team leader of the company’s R&D new projects team, he coordinated analysis of raw materials (APIs and excipients) and finished products using typical laboratory techniques including HPLC, GC, laser particle size analysis, dissolution machine, gravimetric and potentiometric techniques. In his last laboratory role, Nick led the company’s method development team and was responsible for the development and qualification of chromatographic (HPLC and GC) methods for impurity, potency and residual solvents analysis, review of Drug Master Files and screening of potential drug substance sources and experimental drug product formulations.

Nick then transitioned to a career in regulatory affairs in the UK where he was responsible for the preparation and submission of Marketing Authorisation Applications, response to health authority deficiencies and variations to the health authorities within the European Union.

Upon his return to Australia, Nick was employed in the capacity of a regulatory affairs team leader and his team was responsible for preparing and submitting marketing authorisation applications to multiple countries including Australia, ASEAN member countries, Canada, USA and the European Union.

In 2009, Nick co-founded Pharma To Market providing regulatory consulting, pharmacovigilance and eSubmission services to companies within Australia and worldwide. Over the last 10 years Nick has led projects resulting in the successful registrations of NCE, NBE, biosimilar and generic products covering a wide range of therapeutic areas and dosage forms. Having spent 3 years as a TGA external evaluator for the Office of Prescription Medicines, Nick has excellent experience and insight into TGA’s requirements. Nick has also led educational workshops for evaluators from the health authorities of several South-East Asian countries as part of an initiative of the WHO and United States Pharmacopoeia. Nick also has 10 years’ experience preparing dossiers in eCTD and NeeS format for all major regions and is an official partner of LORENZ Life Sciences Group, developer of LORENZ docuBridge.

At Pharma To Market, Nick strives to build long-lasting relationships with clients and partners, taking time to get to know them and their expectations.