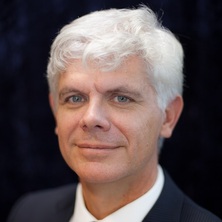 School of Historical and Philosophical Inquiry
Faculty of Humanities and Social Sciences
i.kemish@uq.edu.au

Mr Ian Kemish AM, former Australian Ambassador to Germany and Switzerland, and most recently, High Commissioner to Papua New Guinea, is presently an Adjunct Associate Professor in the School of History, Philosophy, Religion and Classics. A UQ History Honours graduate, Mr Kemish began his career as a Foreign Service Trainee in 1988. He has also served overseas in New Zealand, Brunei Darussalam and in Vienna - where he covered the newly emerging countries of former Yugoslavia. Mr Kemish was also, in 2004-5, Head of the International Division in the Department of the Prime Minister and Cabinet. Mr Kemish’s service at headquarters in Canberra has seen a strong focus on Australia’s relations with the Asia Pacific, particularly South East Asia and PNG, and, as Head of the Consular Service from 2000 to 2004, on crisis management. He was awarded Membership of the Order of Australia for his leadership of Australia’s multi-jurisdictional response to Australia’s worst offshore consular disaster, the 2002 Bali bombings.