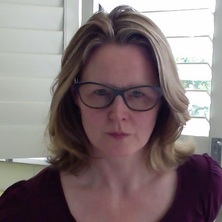 School of Communication and Arts
Faculty of Humanities and Social Sciences
l.oconnell@uq.edu.au
+61 7 336 53323

Lisa specializes in British Literature of the eighteenth-century. She trained at Melbourne and Brown universities and has held fellowships at various international English departments including Johns Hopkins University and the Free University Berlin.

Her research interests include marriage plots, sentimental fiction, theories of enlightenment and secularization and early global literatures. She has published on topics including the English marriage plot, libertinism, popular anthropology, travel narrative, settler fiction and courtesan memoirs. Her Australian Research Council-funded Discovery Projects include 'Secularisation and British Literature, 1600-1800' and 'The Cultural Impact of Irregular Marriage in the Age of British Colonialism'.

She teaches the history of the novel, the literature of enlightenment, Gothic fiction and literary realism in the School of Communication and Arts where she is available to supervise honours and post-graduate theses across the broad fields of novel studies, post-colonialism, women's writing and global fiction.

Lisa's recent research includes The Origins of the English Marriage Plot: Literature, Politics and Religion in the Eighteenth Century (Cambridge UP, 2019), a new account of why and how marriage became central to the English novel. In 2020 she co-edited a collection of essays titled 'Catalysts of Change: Colonial Transformations of Anglo-European Literary Culture in the Long 18th Century', published in Postcolonial Studies 23: 3 (Taylor & Francis). Her essay in that collection reveals the neglected links between Mary Shelley's Frankenstein and the fiction of Therese Huber, the German author of the first novel set in the Australian penal colony.

She is currently working on three collaborative projects:

1. 'Spaces of Enlightenment', with Dr Peter Denney (Griffith U), a forthcoming special issue of Eighteenth-Century Life (Duke UP);

2. 'Natures of Enlightenment: Cultures of Environment, 1700-1840', a co-edited book with Dr Peter Denney which brings together ecocriticism and environmental history in an innovative study of the ecological dimensions of the British world during the long eighteenth century;

3. Why Literature Matters: Shakespeare and the Rise of the Novel: a research project which examines the process of literary canonisation in a new and illuminating way. It does so by concentrating both on Shakespeare and the novel form. More specifically, it attempts to ascertain how the terms on which Shakespeare became the presiding genius of English literary culture from the end of the 17th century on related to the conditions in which the novel moved from being a popular form to a sanctioned and aestheticised literary form in the 19th century. This is an important question precisely because the criteria for anointing Shakespeare seem to be so different from the criteria used to sanction the novel. The project aims to help us understand the situation today in which the literary canon is losing prestige even as ‘English' remains a national priority for Australian education.