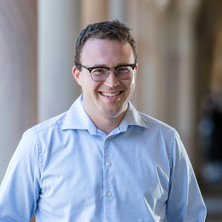 Rob’s research interests lie in legal philosophy, broadly construed. His recent published work has looked at the implications of accounts of the meaning and use of deontic language developed by logicians and linguists for the understanding of law. More recently, Rob has begun to consider accounts of legal reasoning developed in other cognate fields, especially by scholars working in artificial intelligence and law.