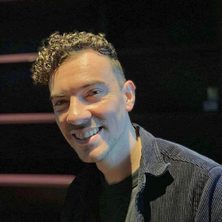 His principal areas of research are in criminal law, particularly forms of transnational organised crime, and international human rights law, with a focus on issues relating to migration and the rights of the child. His doctoral work concerned the smuggling and trafficking of unaccompanied minors, including the relevant international legal framework and domestic responses. He has written a number of journal articles and contribted to edited collections and is the co-author of Criminal Law in Queensland (published by Thomson Reuters). He has presented papers at conferences and workshops in Australia and internationally, including the University of Sydney, UNSW, and Harvard Law School.

Dr Lelliott has served as an expert consultant to the United Nations Office of Drugs and Crime (UNODC) in Vienna and Bangkok. In this role, he has contributed to, or authored, reports, desk reviews, and learning modules concerning forms of transnational organised crime including smuggling of migrants, trafficking in persons, and wildlife trafficking. He was one of two consultants engaged to draft the second edition of the Legislative Guides for the Trafficking in Persons Protocol and has contributed to UNODC's SHERLOC caselaw and legislation databases and the UN's Education for Justice initiative.

Dr Lelliott holds a PhD in Law from the University of Queensland. While completing his PhD, Dr Lelliott won several awards, including a BEL Faculty Higher Degree Research Excellence in Research Award.