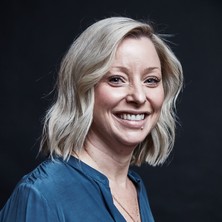 My research interests are focused the utilisation of live-cell quantitative microscopy to understand the adaptive role of the microtubule cytoskeleton and cell adhesion in the regulation of cell shape changes to facilitate motility in 2D and 3D environments.The majority of cancer deaths are due to metastatic disease, highlighting the need for ‘migrastatics’, therapeutics which act to inhibit migration. Metastatic success requires cells to navigate complex cellular environments, adapting either their shape to navigate between matrix fibres or adapting their environment to facilitate movement between tight spaces. Innovative imaging and cell biology approaches have recently uncovered novel biology that is unique to cells navigating confined 3Dimensional spaces vs 2D, underlining the significance of understanding cancer invasion in mechanically relevant cell culture models. As a tumor cells navigates their local environment, the adaptive migration strategies they deploy are greatly influenced by the physical parameters of the microenvironment. As such, the mechanical interrelationship between the cell cytoskeleton, adhesion, matrix density, porosity, curvature and stiffness is an exciting emergent research theme. My work current work focuses on understanding the fundamental mechanisms governing the bi-directional relationship between melanoma and extracellular matrix during 3Dimensional cell culture models of melanoma invasion with a focus on the contribution of the microtuble cytoskeleon.

MT targeting agents (MTAs) are one of the oldest chemotherapies with their success primarily attributed to disrupting tumour cell mitosis and triggering apoptosis. Their success resulted in the development of new generation mitosis-specific targeted therapies, which were surprisingly less effective than MTAs. This lead to the conceptual advancement of the proliferation rate paradox. As human tumours have relatively slow cell cycle kinetics in comparison to tissue culture lines and mice, at any point in time, only a small percentage of cells are in mitosis and are targetable by anti-mitotics. As such, the mechanism of tumour reduction by MTAs cannot be attributed solely to mitotic arrest and is likely due to an effect on interphase MT, both within cells of the tumour and the microenvironment. This provides strong impetus to better understand microtubule biology and the mechanisms of MTAs.

From a basic science perspective, we do not fully understand how MTAs work as therapeutics. Mechanistically, MTAs broadly either depolymerise or stabilise the entire MT protofilament. This is profoundly different to targeting interphase MT dynamics, which has not yet been exploited in translational aspects of melanoma therapy. This could be achievable by targeting the specialist family of microtubule-associated proteins collectiely termed +TIPs due to their association with growing microtubule plus-ends. Given the large number of +TIPs and their essential role in controling microtubule biology, this approach would be more specific than targeting the entire MT protofilament, with reduced side-effects associated with MTAs.

My early research, in the laboratory of Professor Alpha Yap, focused on understanding how the microtubule cytoskeleton regulates E-cadherin-based cell-cell adhesion. This work was the first to discover that it was the dynamacity, not simply the tethering, of the microtubule cytoskeleton that was critical for E-cadherin accumulation and junctional reinforcement. This was in addition to defining a previously unappreciated role for the cytokinetic machinery (Ect2) in regulating cell-cell adhesion

Following my PhD, I relocated to the University of California San Francisco to work with Professor Torsten Wittmann, an expert in live-cell spinning disc microscopy and microtubule functions during cell motility. This work was dogma changing and established how the microtubule interacting protein, CLASP, facilitates targeted protease secretion at focal adhesions during epithelial sheet migration to mediate cell-matrix adhesion disassembly, from the inside-out. It includes the first observation of live, directed exocytosis of the matrix protease MT1MMP at focal adhesions. Our work pioneered the combined application of quantitative live-cell protein dynamics and the application of the novel super resolution imaging technique, SAIM (Scanning Angle Interference Microscopy). During my time at UCSF I learnt how to custom design live-cell microscopes with these live-cell imaging platforms now commercially distributed as the Spectral Diskovery and Andor Dragonfly.

In 2013 I returned to Australia, joining the lab of Pamela Pollock with focus on applying my skill set to have translational impact. Here I described the impact of activating FGFR2b-mutations on endometrial cancer progession. These findings uncovered collective cell polarity and invasion as common targets of disease-associated FGFR2 mutations that lead to shorter survival in endometrial cancer patients.

In 2017, I joined the Experimental Melanoma Group at UQDI, where I work together with Professor Nikolas Haass in applying innovative live-cell spinning disc confocal imaging and biosensor approaches to understand cell-cell and cell-matrix interactions of melanoma with its microenvironment. Our work explores the adaptive role that the microtubule cytoskeleton plays in facilitating cell shape plasticity, matrix remodelling and resistance to compression during migration in complex 3D matrix models of metastatic melanoma invasion. We are fundamentally interested in understanding the reciprocal biophysical relationship between the microtubule cytoskeleton and the microenvironment during melanoma invasion, with the aim to expand our findings to other metastatic cancers.